The Monastery of the Transfiguration, also known as Andromonastiro, is located near ancient Messene, a candidate for UNESCO's world heritage site, in a lush ravine of great natural beauty. It is the most impressive monastic complex in Messenia and one of the most beautiful in the Peloponnese. Tne original core of the monastery is dating by the 13th century and flourished until the 15th century when the Ottomans conquered the Peloponnese. In 1785, in order to prevent its decline, the monastery was annexed to the famous Monastery of Saint Catherine on Mount Sinai. In 1929, the Monastery sold the complex to a private individual who ceded it back to Voulkano Monastery in 1929.

In 2016, after full and complex restoration works implemented by the Ephorate of Antiquities of Messenia, the monument has opened to the public. An impressive monument of unique structure, almost resembling to a fortress, ideally located in a serene scenery, benefited by its proximity to ancient Messene and Kalamata city, it has already become a notable stop on the cultural tourism route of Messenia.

A detailed printed guide of the monument in greek and english, designed by Polyptychon, is locally distributed free of charge for the visitors. 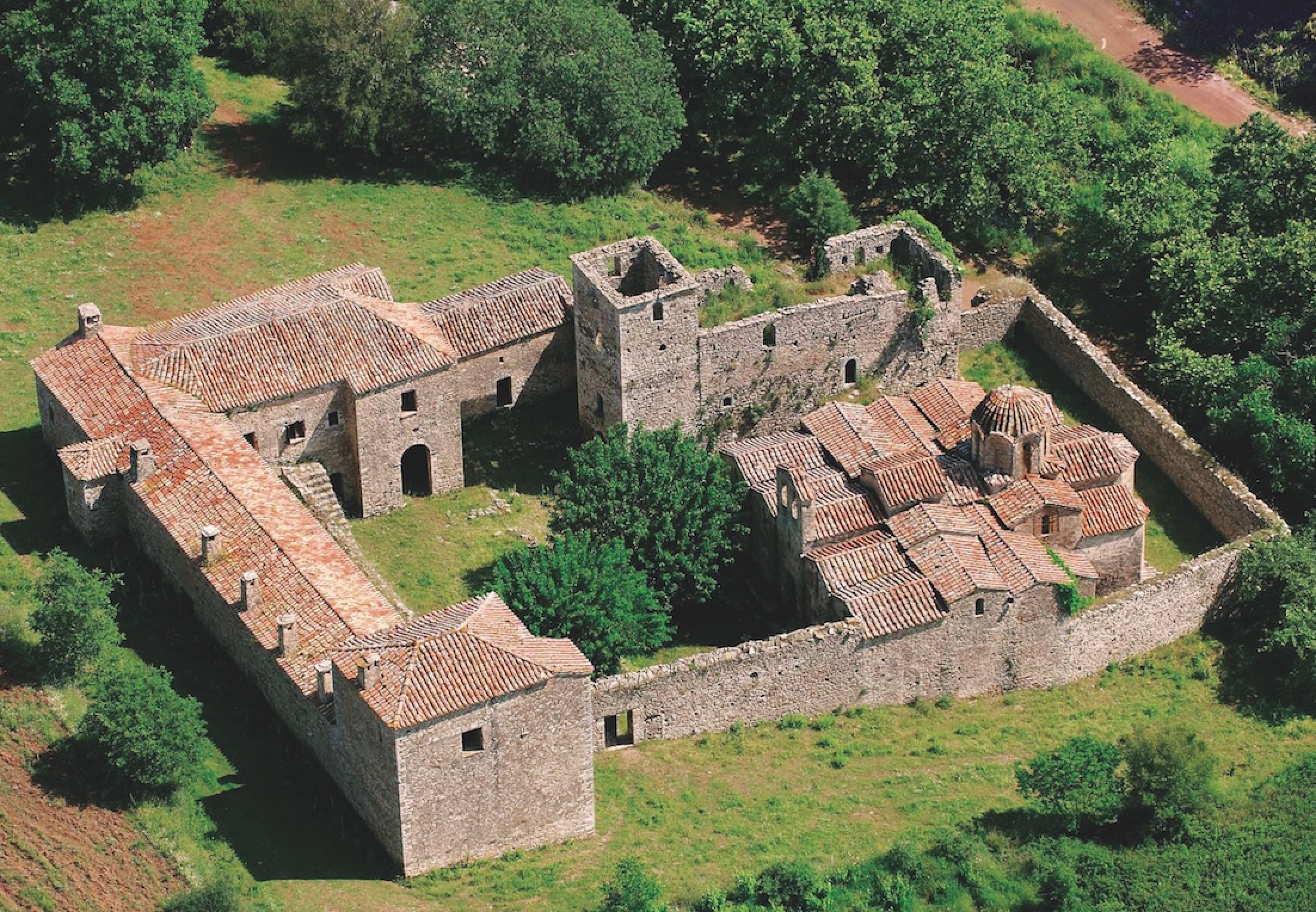